Clash of the Ash Now Heard at the Bower

Clash of the Ash Now Heard at the Bower 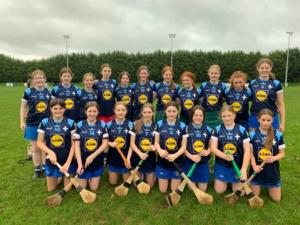 This term has seen a historic first for Our Lady’s Bower as the school has fielded camogie teams at Junior and Intermediate level in the Leinster Championship for the first time.

The last two weeks has seen the Intermediate team take the field. A defeat away to Gallen CS, Ferbane was followed a week later by a win in the competition when the girls defeated Scoil Dara, Kilcock.

Earlier in the term, the Junior team had a great win on their first day out against Tyndall College, Carlow, followed by a one point loss the following week against Cross and Passion, Kildare.

Both teams will be out again over the coming weeks in the final group rounds of the Leinster Championship.
Well done to all the girls who lined out over the last few weeks and on being the very first camogie teams to represent the school.